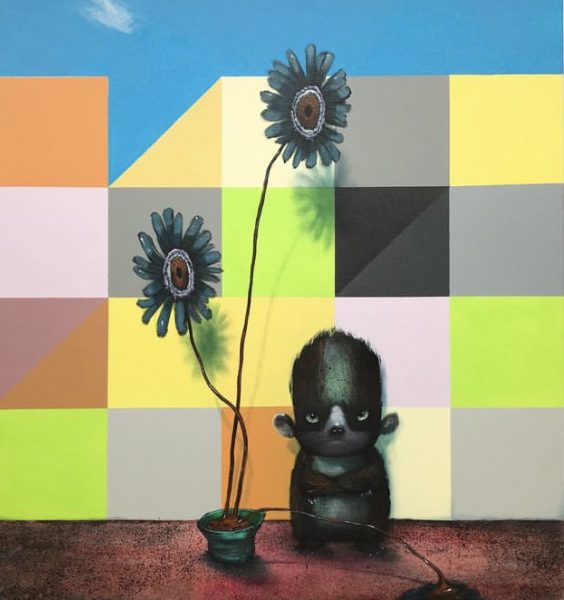 What an absolute riot of colour and graceful composition, each painting just waiting to melt your heart in SWELERS’ freshest series of classic, endearing characters each delicately positioned in their new transcendental surroundings.

The Ben Oakley Gallery have been on an incredible journey from SWELERS’ first venture with our ‘Massive Miniatures’ show in 2014. We knew there was something special about the artworks when all 8 sold within an hour of the show opening, so quickly that we were able to commission SWELER to paint another 6 which arrived all the way from Melbourne during the show and all sold out before it ended!!

Obviously with time & the demand for commissions on top of exhibition shows comes a shift in pricing and rightly so and feel this will only continue in the coming years.  We are privileged to work with all our very talented artists and love being part of their journey.

Come and join us for the Grand Opening of ‘LIFE IS YOUR PROFESSION’ Friday 7th October from 7pm -10pm, runs until 23rd October 2022 right here at the Ben Oakley Gallery London Greenwich SE10 9JA.

Take in all the new work and invest in something exciting for the future.

Many Thanks for your continued support. For a full buyers PDF of the show please email info@benoakleygallery.com

Thanks as usual for your continued support.